A Brief History of Particles Zoo

A BRIEF HISTORY OF PARTICLES ZOO is a Data-visualization poster realized for Density Design Lab at Poliecnico of Milano. It depicts the timeline of Standard Model's particles discoveries during time, starting from the Electron in 1894 and ending (for the time being) with the Higgs Boson in 2012. The timeline is shaped as a section of the Large Hadron Collider at CERN: the form recalls the content. Every particle is represented with its own features, such as electric charge or mass. Moreover, the particles inside the timeline interact following Feynman’s diagrams rules. 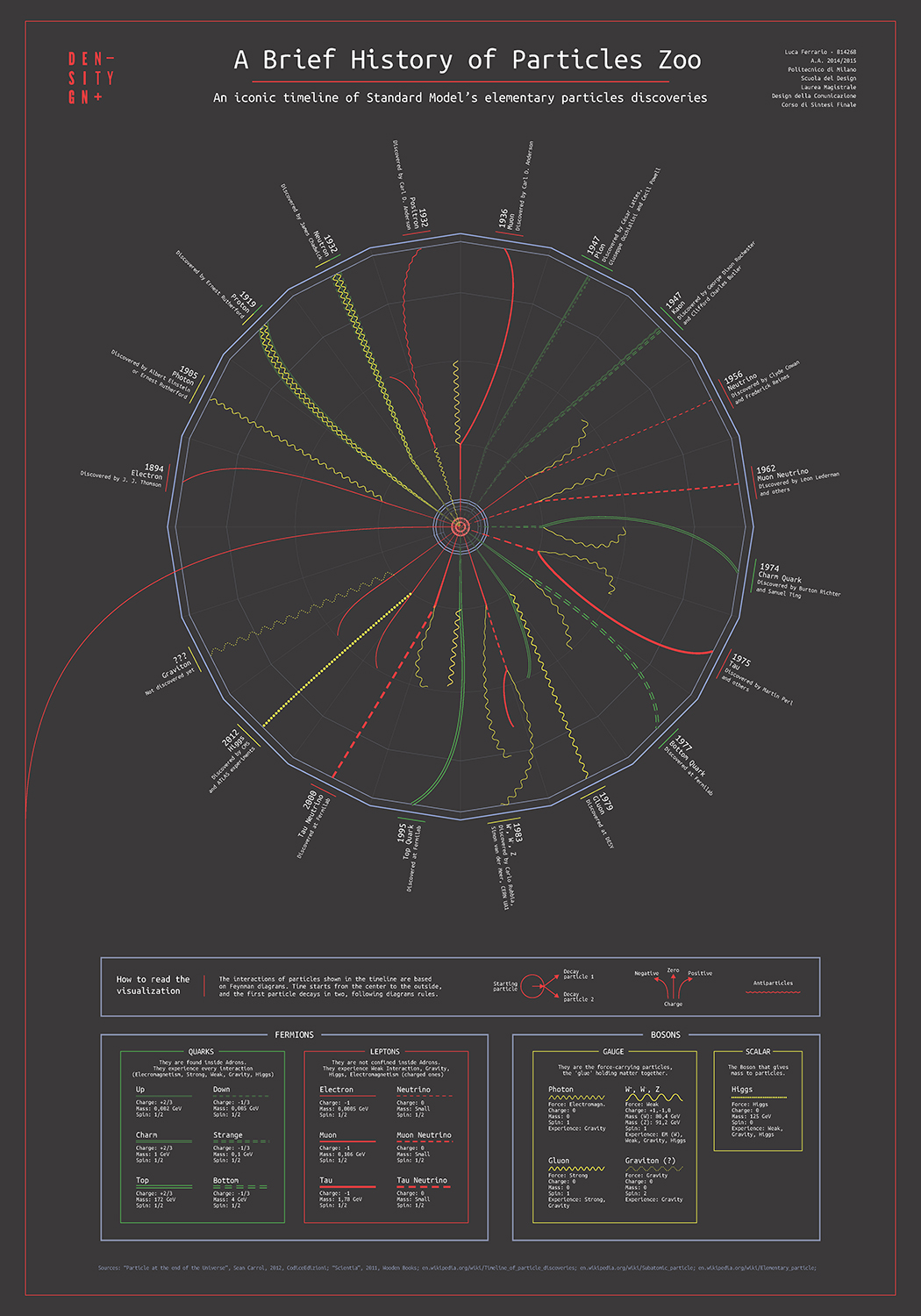 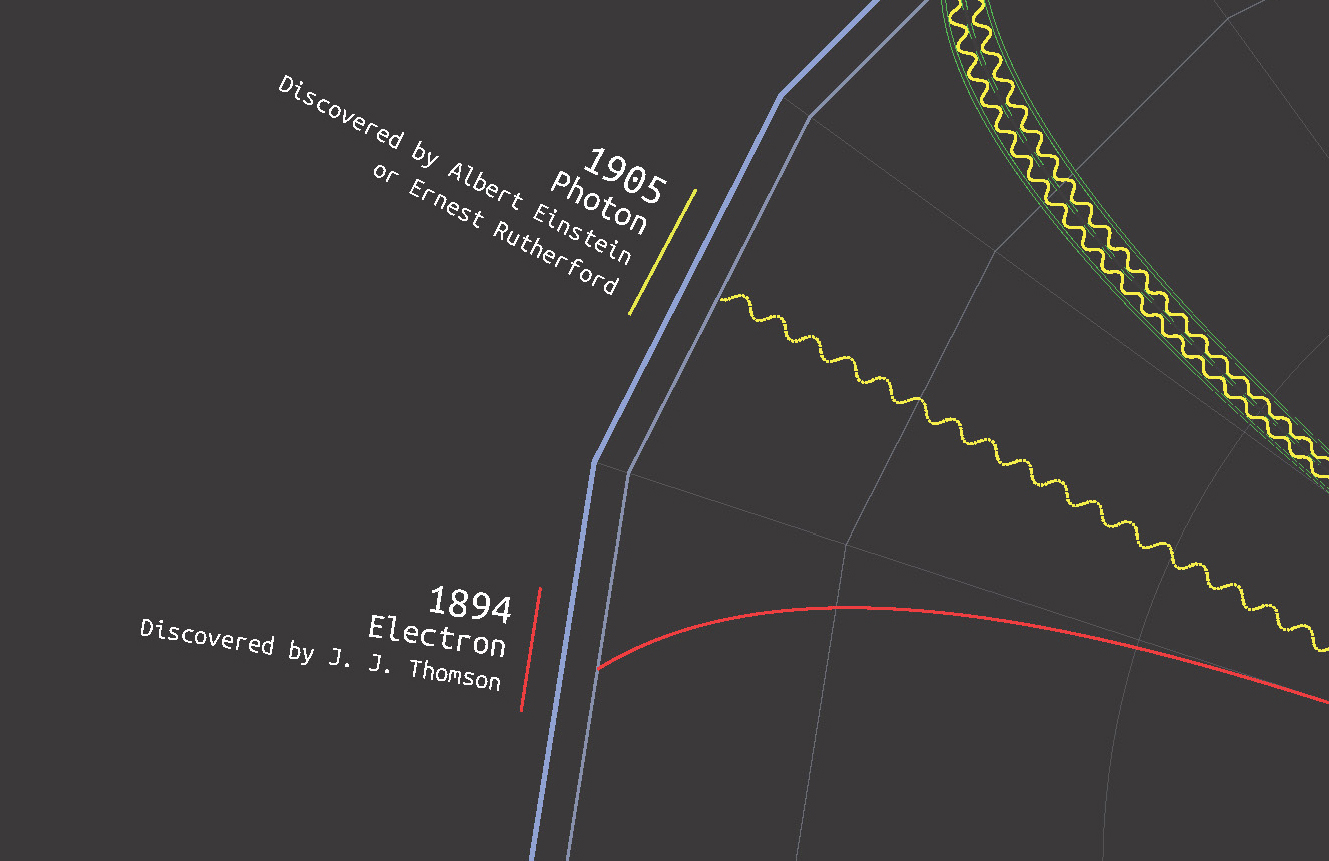 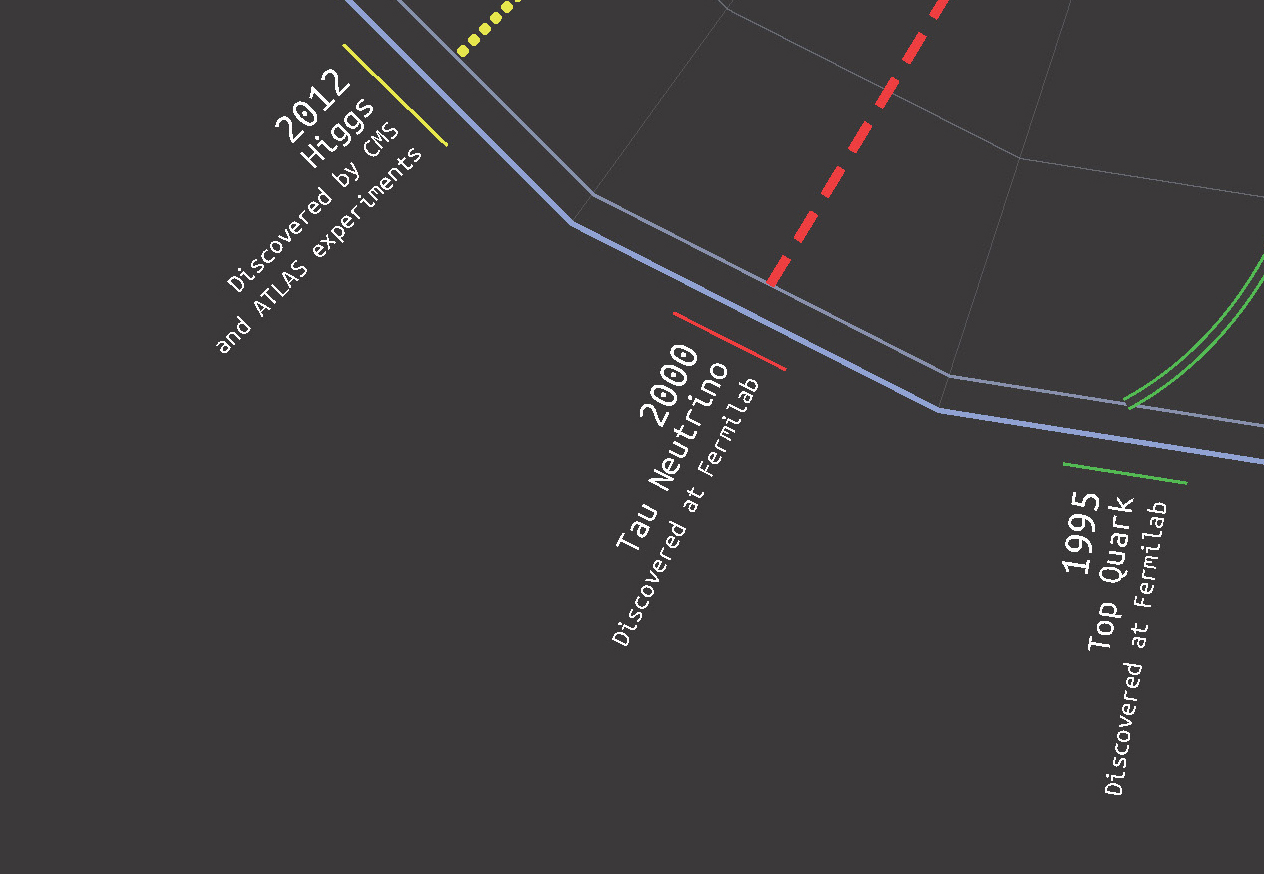 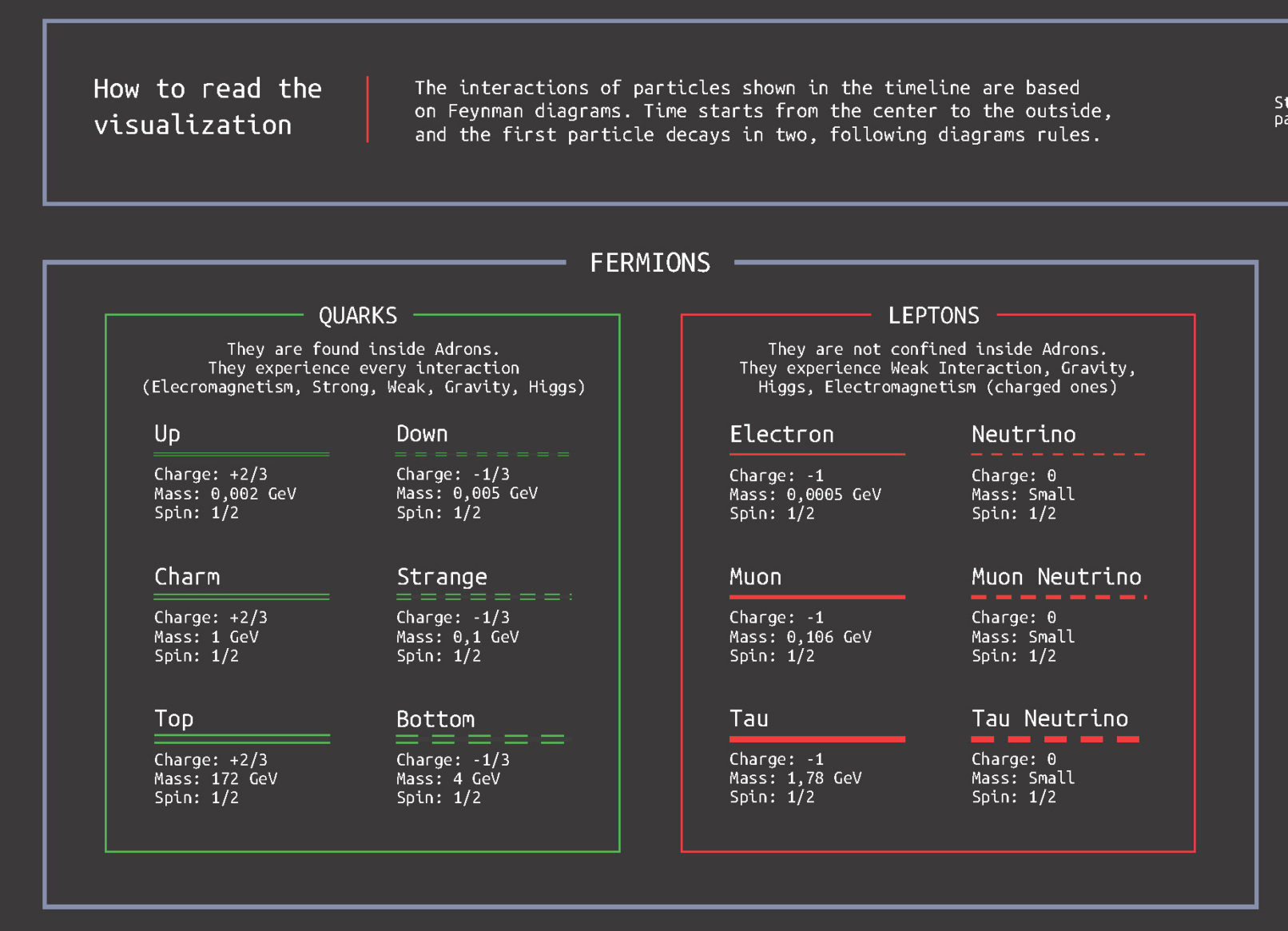